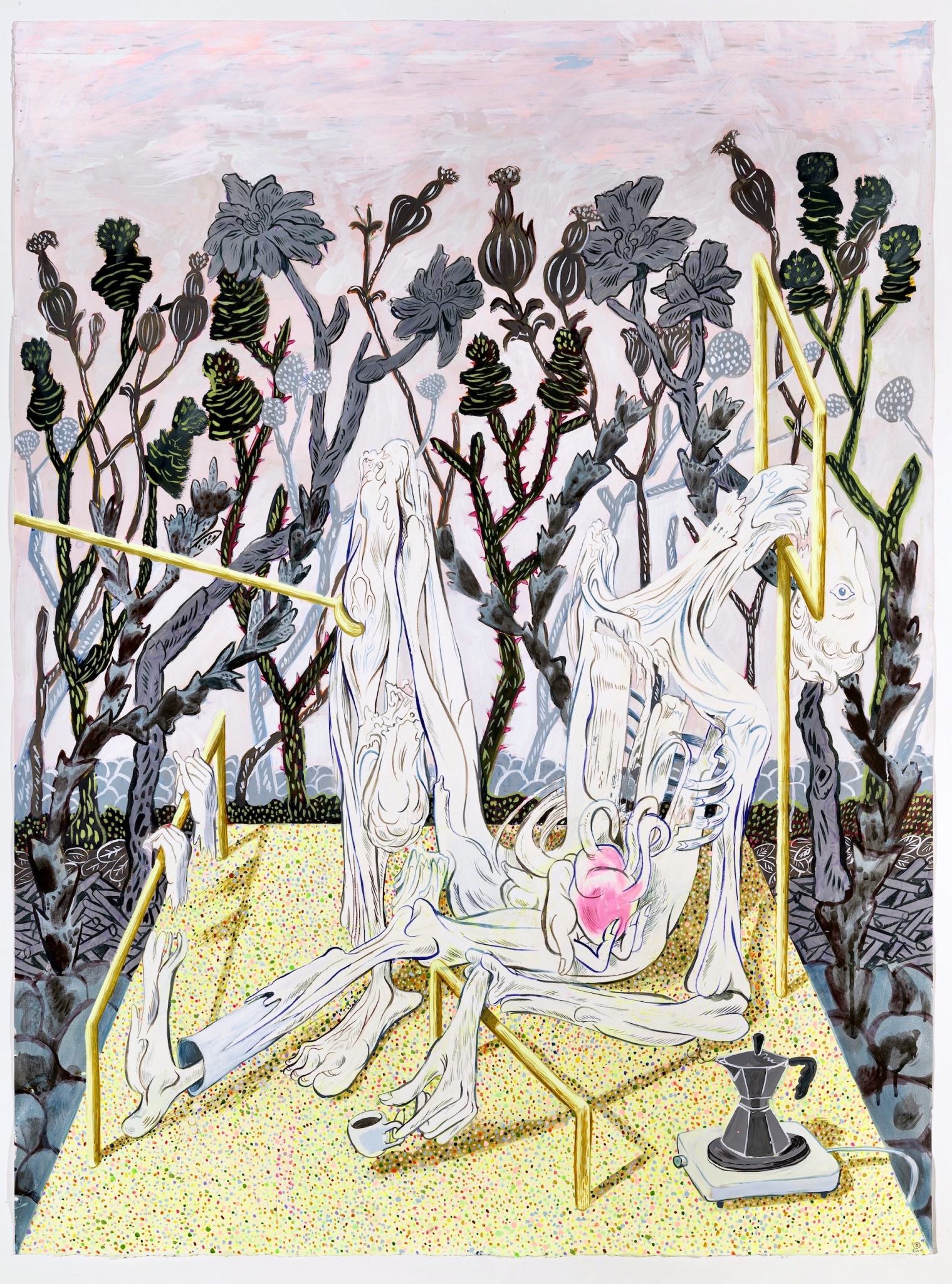 Opening of my next private exhibition It’s Your Turn Now  13.3.2020 in Gallery Heino in Helsinki.  www.galleriaheino.fi

Bo Haglund’s latest artworks are full of surprises, transporting the viewer to an entirely new and enchanting dimension. It’s Your Turn Now shows us the unexpected, lead us deep into the undergrowth. Fantasy and realism may co-exist here but remain distinct and separate throughout.

The artist has sought to create a series of scenes or snapshots that feature a discontinuity between the setting on the one hand and the action that takes place there on the other. Haglund says the series fundamentally takes its cue from the premise that humankind can never fully understand nature as it truly is. The works in this exhibition are an attempt at the impossible, a quest by the artist to create a connection with the natural environment that surrounds him. Such an endeavour, however, is doomed to failure, it is the unresolved paradox that the artworks seek to explore.

“My paintings are rich in colour and figurative in their interpretation. They could be illustrations created for the purposes a story. Nature is always presented as a highly aesthetically pleasing experience, reminiscent of the sort of exquisite perfection you tend to see on wallpaper prints. The paintings are executed in gouache on paper, as I enjoy working with paper. It invites playfulness, an exploration of shapes and detail,” Bo Haglund says. Indeed, the paintings have a wonderful lightness of touch and positively brim with a happy sense of artistic and creative flow. The world they depict is gorgeously fairytale-like; not in a straightforwardly happy way but in a way that reflects the multi-faceted allure of storytelling itself. Bo Haglund fairytales are visually insightful fantasies, boundless in its freedom.

A 2016 visit to Rome brought Bo Haglund into contact with the famous paintings at Villa Livia. The illusionistic frescos created for the basement dining room create a garden-like feel. The artist has depicted astonishing and even strange visions: skeletons, mysterious heaps that appear to be made of organic matter, an artist at work or even a mobile phone hooked up to its charger.

As an artist, Bo Haglund has always sought to create his own personal mythologies, such as his comic character Stumphead. Although it may vary from exhibition to exhibition, his inimitable visual style is never not recognisable. This fluctuation is perhaps due to Haglund’s previous life as a set and costume designer – he is a master of storytelling with a keen eye for drama. His gouaches invariably come across as scenes from a play, dioramas of a sort, which allow viewers to gaze into a multi-faceted play that is both of a visual and textual kind.

It’s Your Turn Now has a highly personal feel to it, and the works feature male figures throughout. As cracks appear in the narrow mould that men are invited to embody, the representations we are presented with take on a more diverse guise, gain the power to address an altogether wider range of topics and emotions. The exhibition has a self-portrait-like dimension, powerfully revealing the diversity and range of the artist’s imagination.

Bo Haglund has painted his very own secret garden, where every fantasy, every desire, can be freely expressed. It is a cross between the locus amoenus, the pleasant place and the locus amorum, an altogether different place, where our most private and most hidden secrets can be unleashed and shared with others. The exhibition is like a comic strip or play, scene upon scene unfolding textless for our enjoyment; a visual extravaganza á la Bo Haglund.